A Better Way for Publishers to Think About Open Source 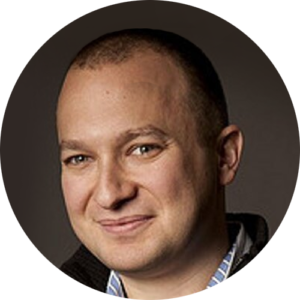 This year, open-source technology celebrates its 20th birthday. Two decades ago, developers at Netscape formed the Open Source Initiative and created a Linux-based web browser platform that other developers could access and build upon. Founder Richard Stallman proposed that open-source software should benefit the whole ecosystem of users, not divide them.

Back then the value was obvious to people who were annoyed with Unix and its licensing fees and were excited to create something everyone could use without an overbearing software license attached – a seeming win-win for users and developers.

Today, many people still have a warm and fuzzy feeling about open source, even if it’s not always in their best interest to bet on an open-source solution.

Change how you think about open source

There are benefits to open-source software. A company might want to take advantage of a certain innovation right away without a fee attached or not want to be locked into a contract with another technology company.

When developers get comfortable with something new, such as blockchain, they’ll often start by using an open-source version. Many publishers flocked to Prebid.org’s open-source header bidder, for example, to have more control over programmatic demand.

But the reasons for picking open source can change over time. While Prebid.org made many publishers more money initially, some are now reconsidering the product as they try to find ways to stabilize their programmatic business and scale into mobile and video.

When publishers were concerned about using DoubleClick after it was purchased by Google, many turned to OpenX, which offered a free open-source ad server for publishers to download and manage themselves.

But many publishers lacked the technology resources to implement and manage the software well, and larger publishers found it difficult to scale with the market using software that didn’t include timely updates for new formats and channels. Many publishers opted to go back to Google or use OpenX’s hosted version shortly thereafter. The cost of switching (twice) likely outweighed the benefits of the “free” ad server.

There is also the issue of maintenance over time.

A few years ago, every publisher wanted to manage their own Hadoop cluster. Many publishers and ad tech companies leaped at the chance to manage data themselves but soon became overwhelmed with the costs and complexity of managing and growing their Hadoop configurations to keep data safe and usable. Now, many ad tech companies and publishers are moving away from Hadoop in favor of a commercial, hosted solution that can scale with their business.

A lot of developers like the idea of open source. Developers can theoretically develop on top of the code, create their own plugins and collaborate with other developers. But most companies don’t have that many developers to spare, yet must constantly stay on top of new versions that may not support their custom plugins.

Start with the right KPIs when evaluating open source

Open source is an element of a technology stack that deserves a thorough review. There are pros.

For example, open source doesn’t have a license fee. Publishers would save the cost of developing, implementing and using a commercial version. It also offers ecosystem benefits. Some stable and mature open source, such as WordPress or Linux, has created a huge ecosystem of developers who create plugins and improve the code base. This could help a publisher’s own business growth over time.

Open source also has cons, such as the cost of implementing and maintaining the solution over time compared to costs of building or buying. For some open source, you’ll end up paying the provider for support. And while major open-source offerings like Apache can be well maintained, in digital advertising open source is often lightly managed, which means your business depends on code that isn’t necessarily going to perform at the level you need. Open-source header bidding has caused site latency issues for many publishers, for example.

As your company matures, open source is likely to come and go in different parts of your business, from the product you offer to the technologies that underpin your own infrastructure. By determining what you need for your own business over the next couple of years, you can approach a decision to use open source more fairly.

As featured in AdExchanger.