As seen in Business Insider Prime. 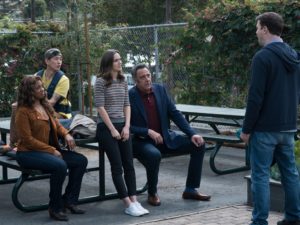 Digital TV advertising may have its own duopoly problem.

As connected and over-the-top television explodes, there are only two options for serving ad campaigns at scale: Google and Comcast’s FreeWheel. The industry wishes there were more.

“Nobody likes Google or FreeWheel in the TV ad-serving space, but there isn’t a better alternative,” Doug Campbell, the chief strategy officer at Telaria, told Business Insider.

Telaria is a video-management platform with OTT clients including Hulu, Pluto TV, and FuboTV.

Such clients want a video ad-serving option that’s tailored to OTT. Google’s ad server, for example, was originally built for display, not television, and critics say it’s retrofitted to OTT. FreeWheel, on the other hand, was built for digital television but is now moving into linear television ad serving. Clients also think more alternatives will help drive down prices, Campbell said.

Google and FreeWheel operate as a “jack of all trades,” developing new ad-serving features in more than just OTT, said Joe Hirsch, the CEO of SpringServe, a startup that’s an alternative to FreeWheel and Google. That slows down the pace of product development, he said.

Hulu, Pluto TV, and FuboTV declined to comment for this story.

There are some OTT ad-serving alternatives, like SpringServe, while Hulu and the ad-supported video-on-demand service Tubi built their own in-house.

But most publishers on Roku use FreeWheel or Google, and their dominance makes it difficult for a new solution to enter the market, said Seth Walters, the vice president of demand at Roku.

Tubi sits on 18 platforms from streaming boxes like Roku and Amazon, to game consoles like the PlayStation, to cable set-top boxes like Comcast’s X1. Each has its own ad-serving capabilities and limitations around budgeting and forecasting when to serve ads. Dissatisfied with the ad-serving options out there, the company built its own with a real-time bidding programmatic ad serving engine. It allows for easier, faster integrations with other parties in the industry, Farhad Massoudi, the CEO of Tubi, told Business Insider.

And James Rooke, a general manager at FreeWheel, said other challenges were bigger than the need for another ad server, like figuring out measurement, how programmatic works in OTT, and how data gets shared.

“Those are the challenges that the industry is talking about, not necessarily wanting another ad server out there,” Rooke said.

Ad-supported OTT is growing fast and is set to explode in 2019, Massoudi said. That most likely means there will be greater demand for ad-serving alternatives in the year to come as nascent streaming services come to market.

OTT advertising spend overall grew 40% to $2 billion in 2018, according to Magna Global. On Roku, commonly seen as the leading aggregator of OTT content, ad-supported content — including subscription-based services with advertising — represents nearly half of total hours streamed on the platform, and it’s the fastest-growing segment relative to pure subscription or transaction on demand, Morgan Stanley analysts wrote in a research note.